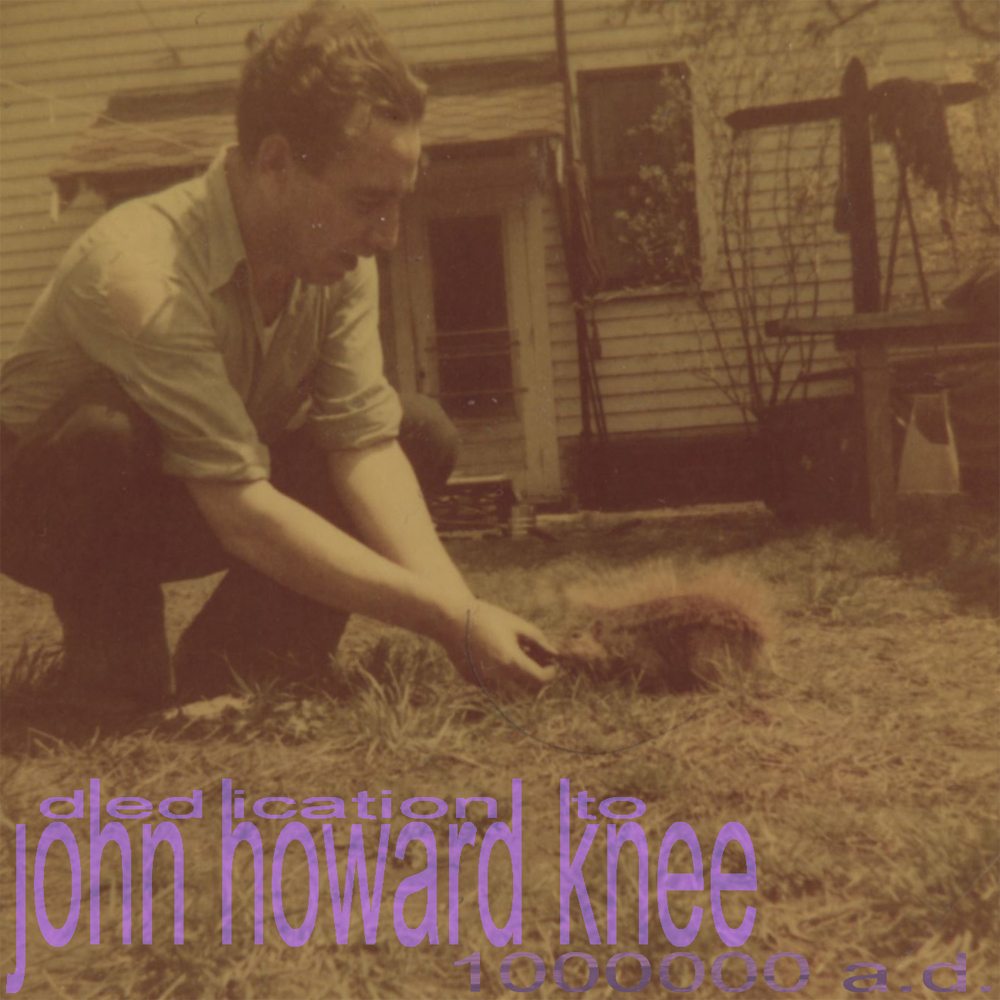 by 1000000 a.d.
In December of 2008, three members of the loosely knit collective 1000000 a.d., Manwerd, Bleh, and C.P., met in an undisclosed Philadelphia location to record the basic tracks of what would become Dedication to John Howard Knee. The three members then left each other's company that evening with the intention of producing three different albums dedicated to a man named John Howard Knee. Thus far, e-Thrice's version, Dedication to John Howard Knee, is the only one of the planned trilogy to be turned over to the Cornslaw Industries Board of Directors.

Uploaded by Cornslaw Industries on August 22, 2009